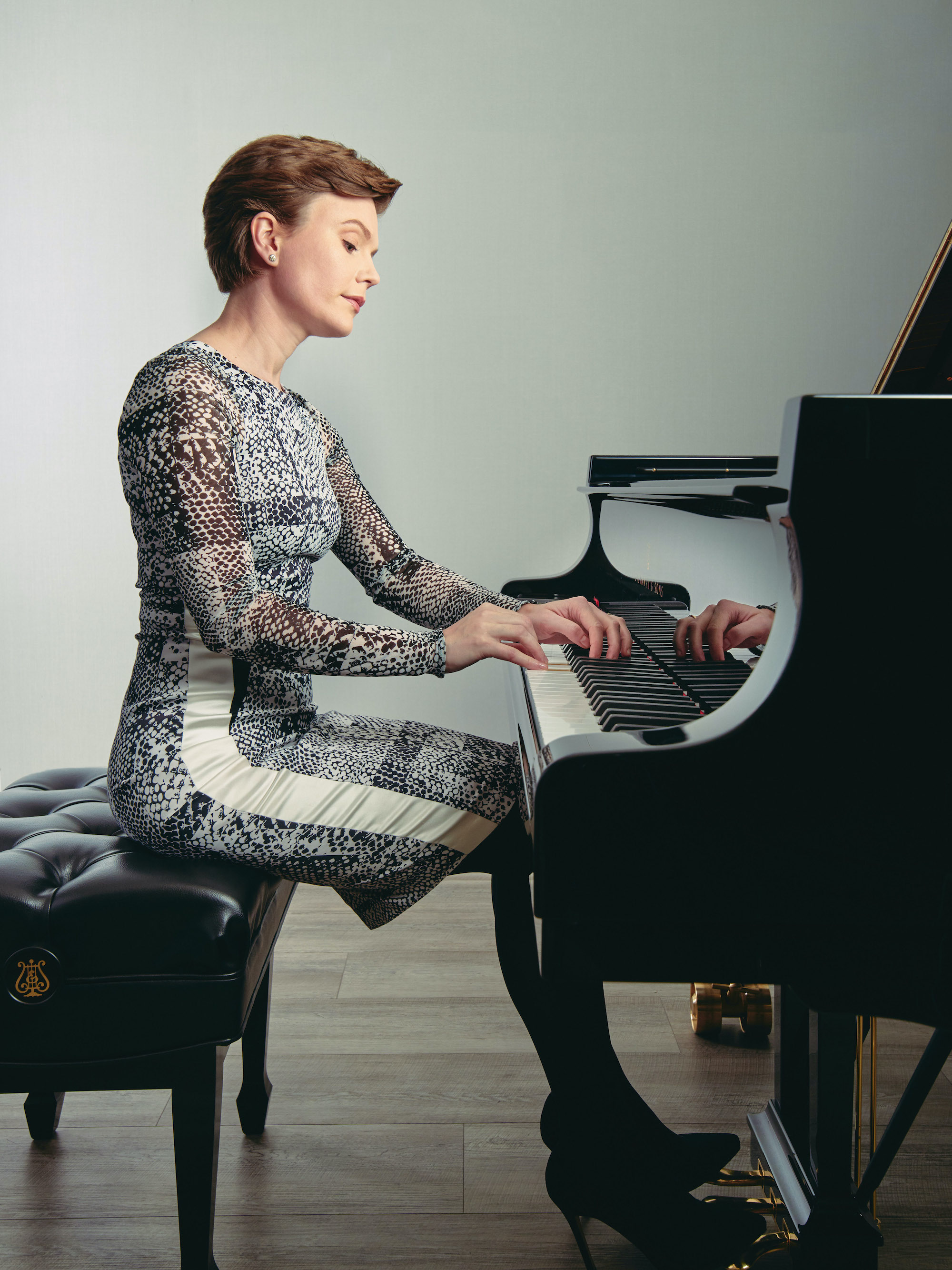 Acclaimed as a “pianist of extraordinary gifts” (Gramophone) and “immense power” (The Times), Clare Hammond is recognised for the virtuosity and authority of her performances.

In 2016, she won the Royal Philharmonic Society's 'Young Artist Award' in recognition of outstanding achievement. Recent highlights include Grieg Piano Concerto with the City of Birmingham Symphony Orchestra, Moussa and Carwithen with the BBC Symphony Orchestra and BBC Concert Orchestra, Panufnik with the Warsaw Philharmonic Orchestra, and recitals at the Aldeburgh Festival, Palazzetto Bru Zane in Venice (broadcast on RAI 3), Husum Festival in Germany, and in Denmark and Norway with Henning Kraggerud.

This season she looks forward to performing Grace Williams’ Sinfonia Concertante with Jac van Steen and BBC National Orchestra of Wales, Rachmaninoff Paganini Variations with the BBC Symphony Orchestra and Lionel Bringuier, works by Piers Hellawell and Samy Moussa with the Ulster Orchestra and Jamie Phillips, and recitals at the Wigmore Hall, London’s National Gallery, Lammermuir Festival and Festival Baroque de Pontoise, among others. She brings Ghosts and Whispers, a performance piece for piano and film with composer John Woolrich and animators the Quay Brothers, to Fundación Juan March and to the Barbican, and continues her collaboration with actor and writer Tama Matheson.

Contemporary music is at the core of Clare’s work. She has given over 50 world premieres, including those of major works by Arlene Sierra, Robert Saxton and Michael Berkeley, and her discography includes world premiere recordings of over twenty works. In 2019, she gave the world premiere of Kenneth Hesketh’s Uncoiling the River with Martyn Brabbins and the BBC National Orchestra of Wales, and a further performance with the Royal Liverpool Philharmonic and Vasily Petrenko. In 2022, she premiered Graham Fitkin’s new piano quartet with Fitkin, Ruth Wall and Kathryn Stott at the Aldeburgh Festival, and opened the Southbank Centre’s 22/23 season at the Queen Elizabeth Hall with the work.

Clare has recorded six discs for BIS, most recently releasing an album of Etudes by visionary French composer Hélène de Montgeroult. A disc of 20th- and 21st-century variations was released in 2021, and received extensive critical approval for Clare’s “shimmering pianism and lightly-worn virtuosity” (BBC Music Magazine) and “artistry of the highest order” (Musical Opinion), while Crescendo (Belgium) hailed her as “one of the most exploratory pianistic personalities of our time”. She previously recorded a disc of Etudes by Unsuk Chin, Nicolai Kapustin, Sergei Lyapunov and Karol Szymanowski which won her an Opus d'Or from Opus HD Magazine and 5 diapasons from Diapason.

Community engagement forms an increasingly important part of Clare’s work. Since 2017, she has performed to over 9,600 schoolchildren in partnership with Gloucestershire Music and Wye Valley Music in Schools. She frequently gives children’s concerts and masterclasses at festivals in the UK and France, and runs an ongoing series of recitals at prisons.

Clare completed a BA at Cambridge University, where she obtained a double first in music, and undertook postgraduate study with Ronan O’Hora at the Guildhall School of Music & Drama and with Professor Rhian Samuel at City University London. She completed a doctorate on 20th-century left-hand piano concertos in 2012. In 2014 Clare was paired with French pianist Anne Queffélec on the Philip Langridge Mentoring Scheme run by the RPS.

[Please do not alter the text of this biography. If you require one of a different length, write to Francesca Nunn at Rayfield Allied to request one.]